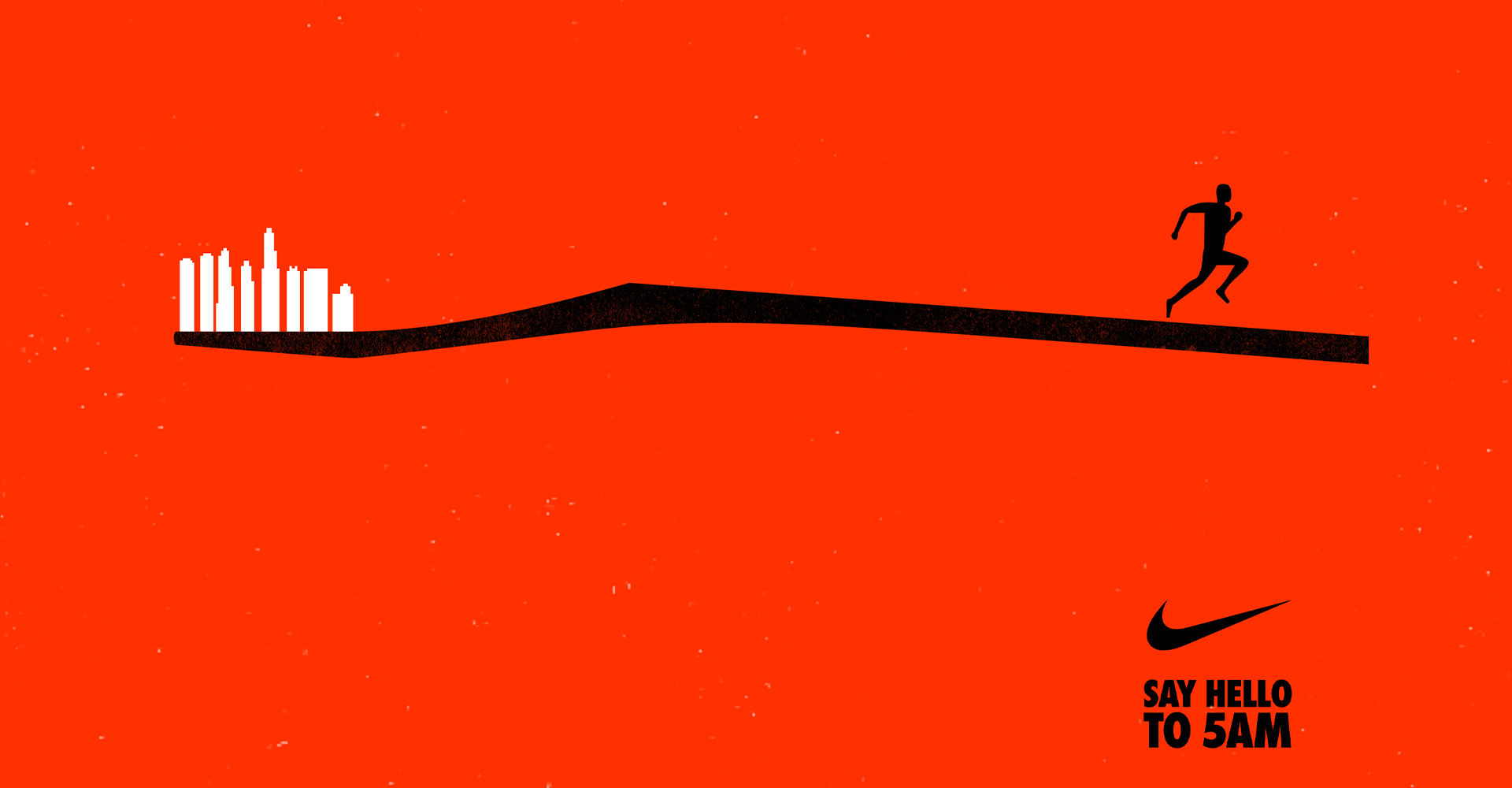 Summers in Dubai are harsh. With temperatures regularly exceeding 50°C, running makes for a very unpleasant experience,  even for hardcore runners. To get people out running again, this campaign introduced 'Say hello to 5 am.' Through a full 360 campaign, including an in-store promotion, runners were invited to get their daily fix by getting up earlier, before it gets too hot. This activity directed our audience not only to Nike's new running apparel, but also to join five organised runs, over five weeks at five key locations around the city. After five weeks of training, the end result would be a 5k run. 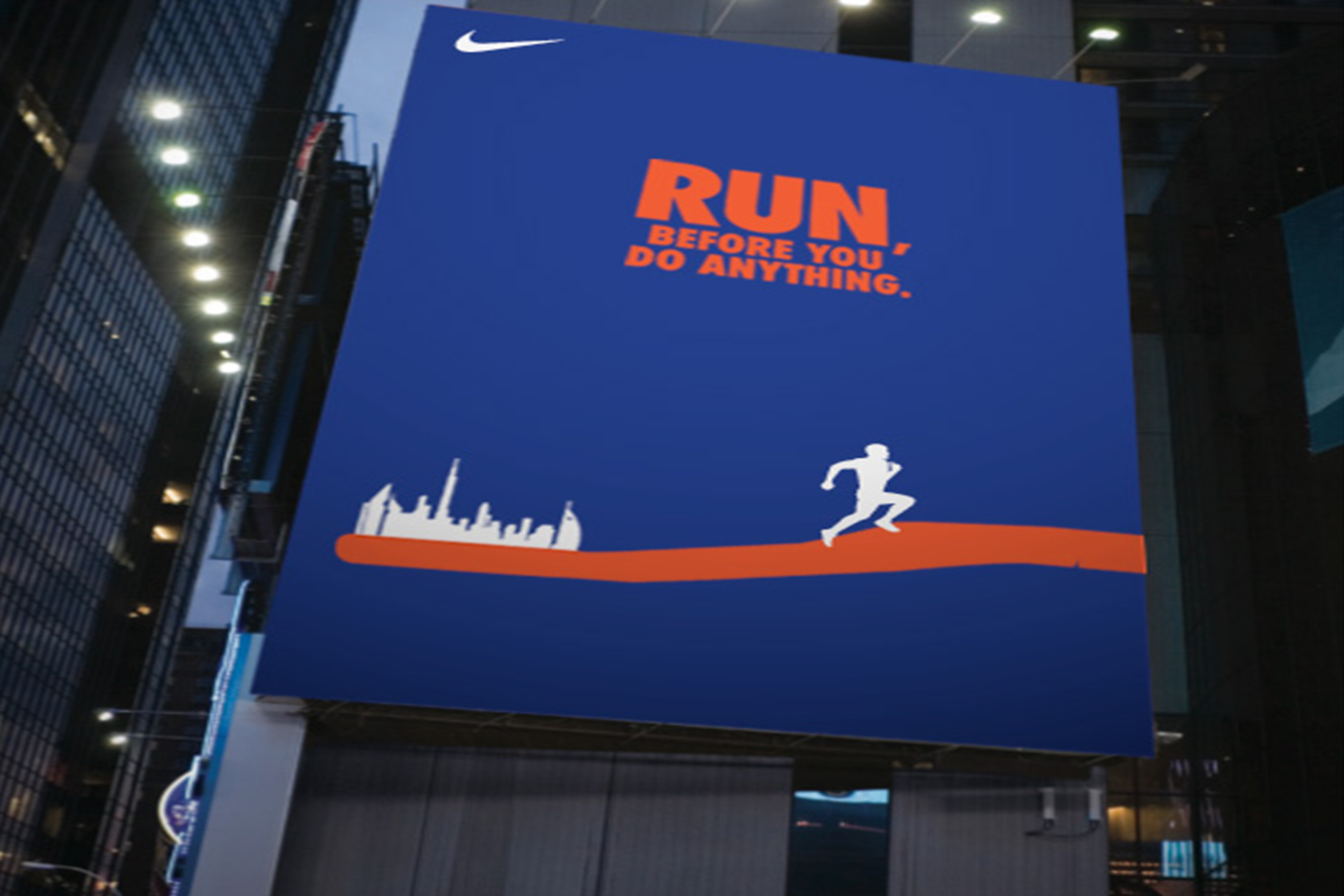 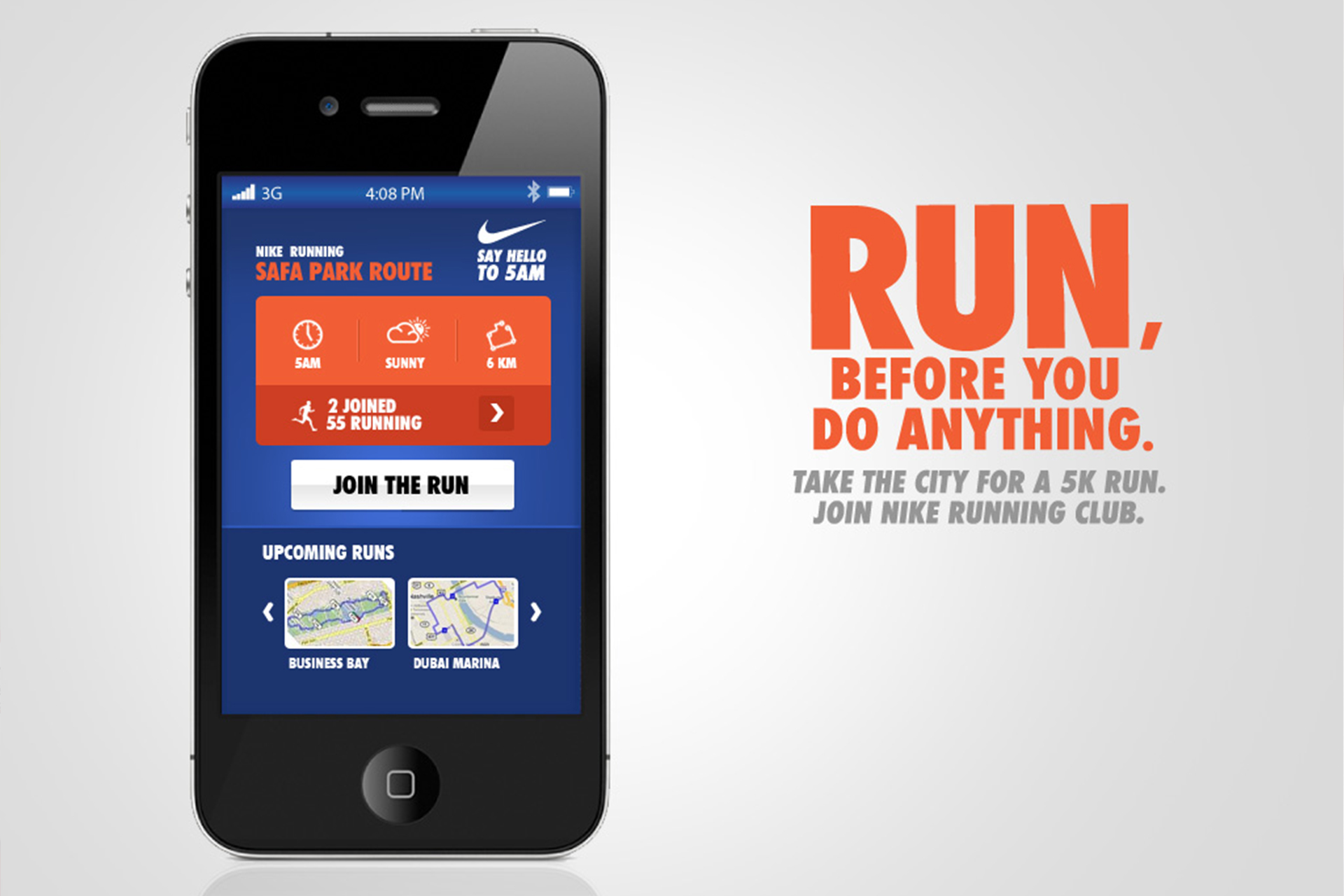 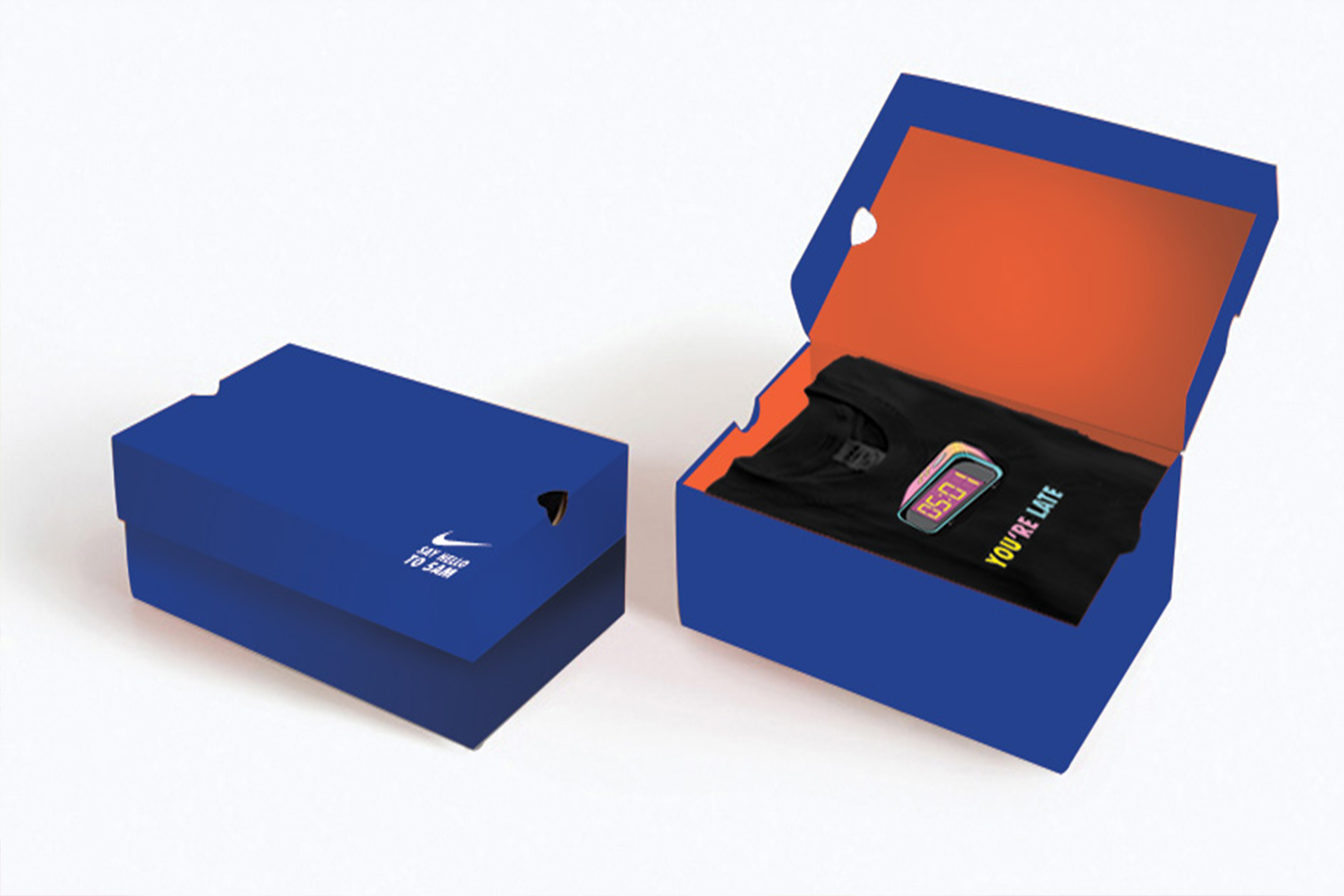 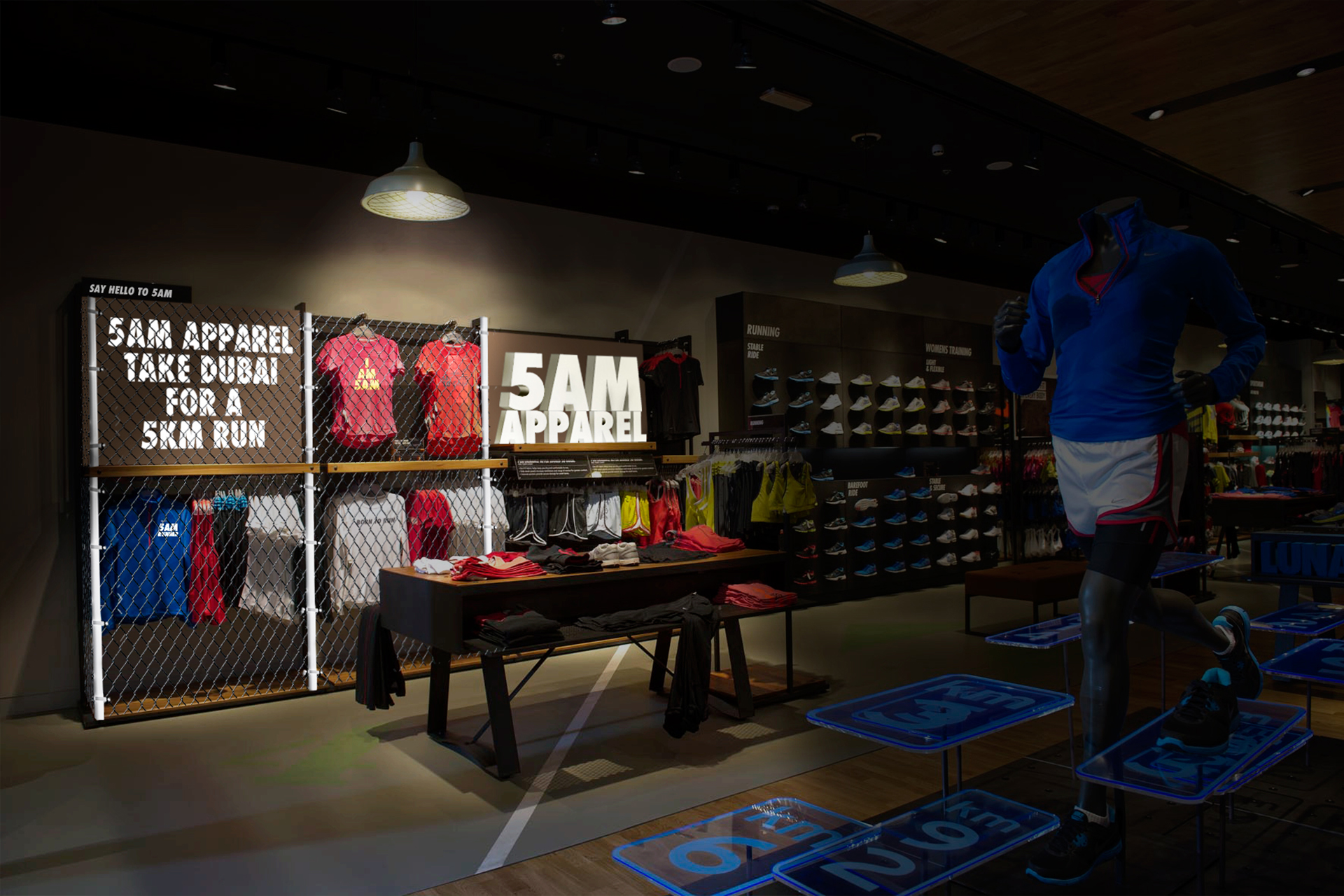 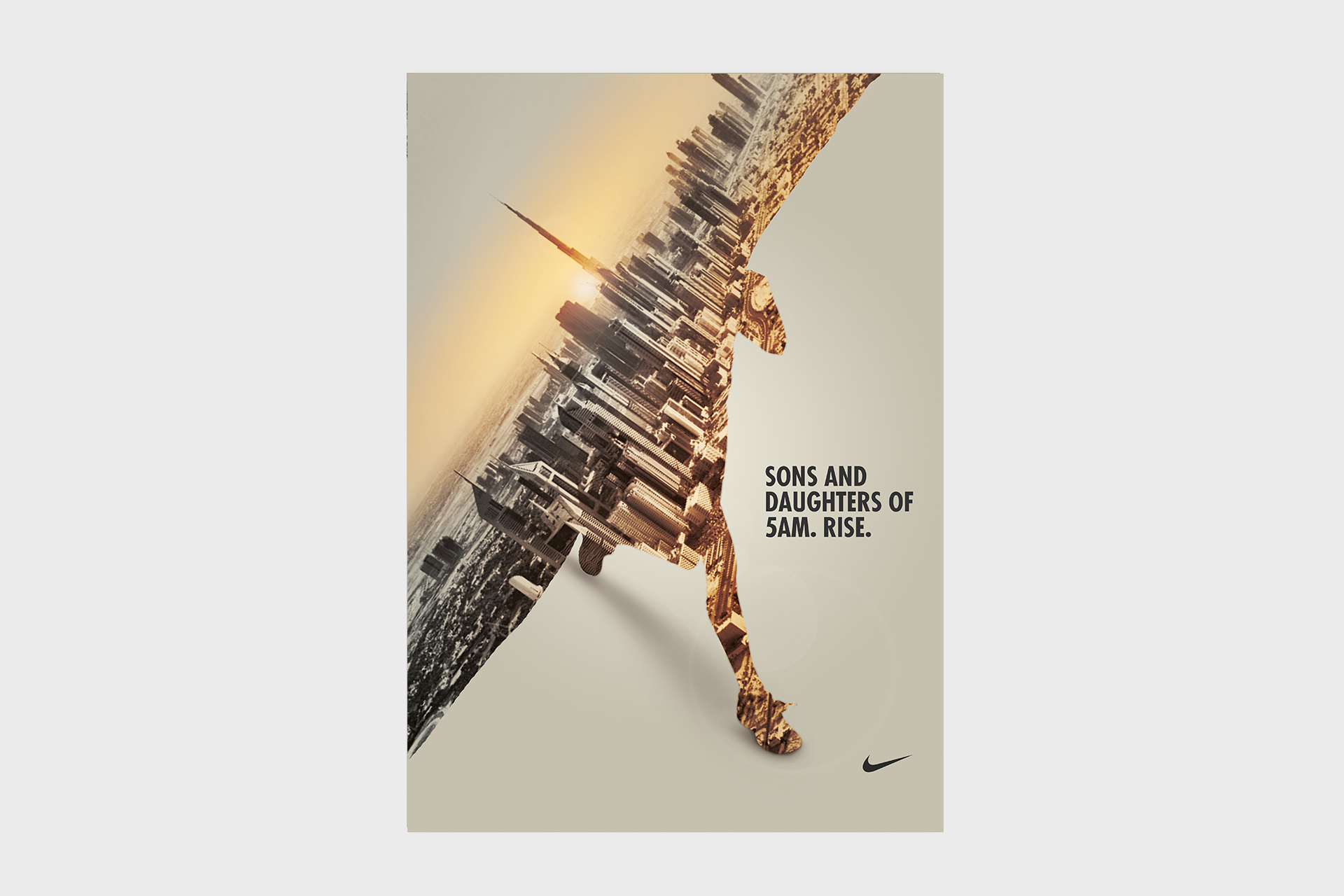 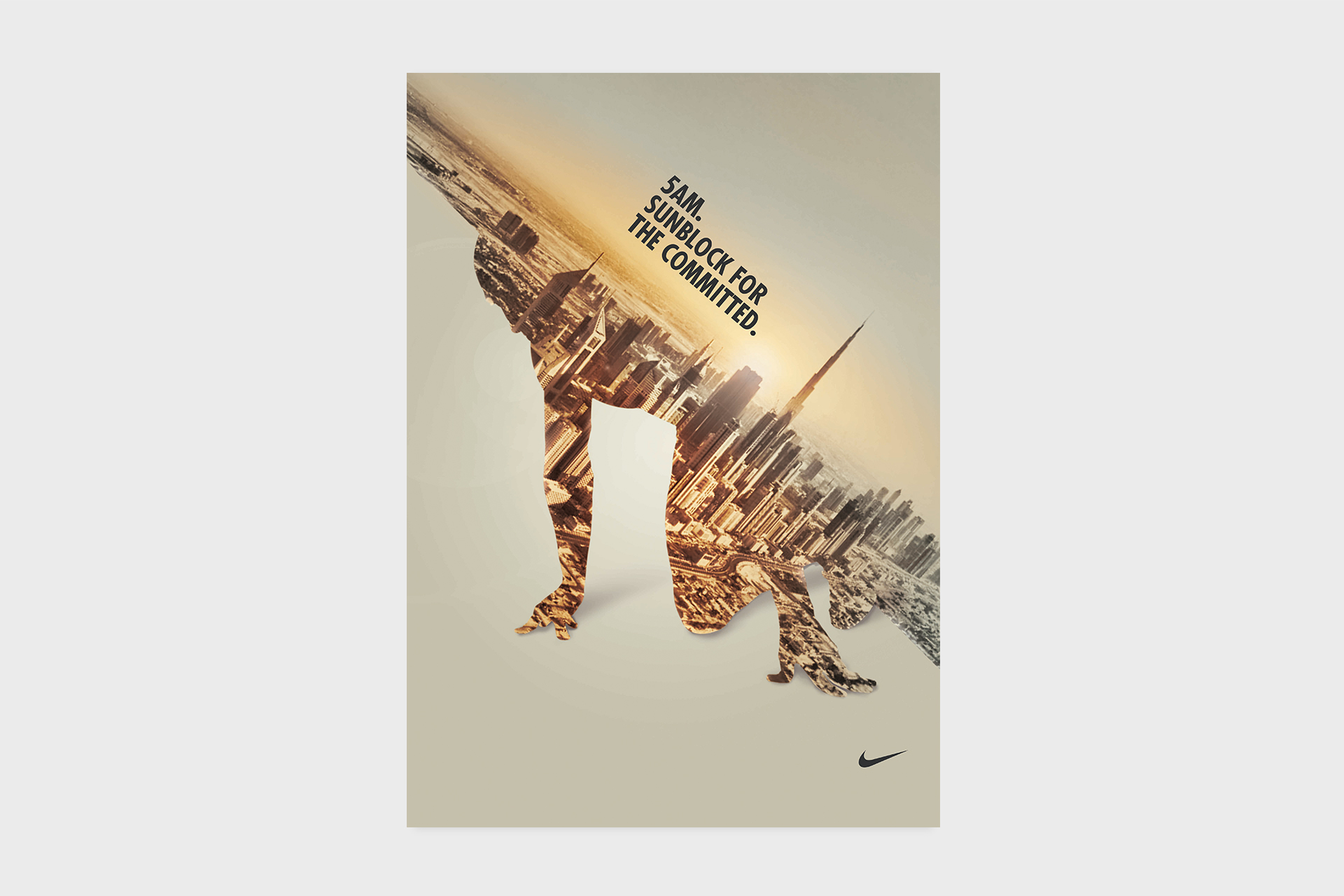